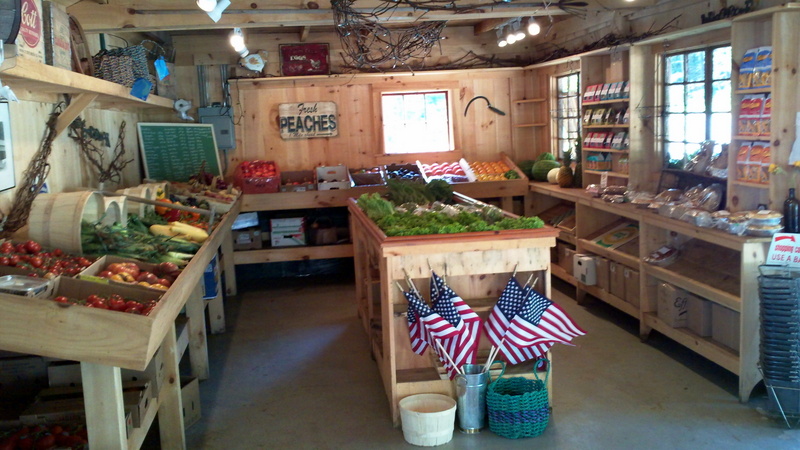 The demand for organic food has increased considerably in recent years. The nature shops are being visited more and more and agriculture classified ads are popping up everywhere. Consumers have become more aware of all the food scandals that have come to light and this has influenced their buying behavior. Food manufacturers are eager to take advantage of this by adapting their packaging in terms of color and visual material, so that it looks as if the products are pure, natural and organic. The consumer steps in and buys the food in question without looking at the quality mark.

What is organic agriculture?

Organic farming takes into account nature. Chemical products such as artificial fertilizer are not used. Instead, organic manure (animal droppings or rotten plants) and natural auxiliary fertilizers are used. The crop is protected by means of preventive measures such as crop rotation, adapted cultivation techniques and biological crop protection.

When there is disease natural crop protection agents may be used, such as bacterial preparations and fungi. If some of the harvest is lost, then there is nothing left for the farmers to accept.

Promoting a fertile soil is also very important for the organic farmer. Organic agriculture feeds the soil and not the plant. The soil is fed by using organic fertilizer, harvesting residues and green fertilization. By applying a longer period of crop rotation than the ordinary farmer, the soil is better balanced, so that weeds, unwanted fungi and bacteria have less of a chance to form.

Organic livestock farming is known for animal-friendly handling of the animals. The animals are not fattened at high speed and are not locked in stalls that are too small. They freely graze in large meadows or spacious stables with fresh straw.

Furthermore, they are given the space to mate in a natural way. All in all, they have a much better life. No preventative medicines are given, only when the animal is really sick. Standard medications in the feed and growth hormones are forbidden and antibiotic use is minimal.

Organic farmers do not use genetically modified seeds or cattle feed. Genetic modification includes techniques with which it is possible to change the hereditary characteristics of living organisms very specifically. For example, it is possible to make existing hereditary properties in an organism more or less active. The organic farmer has fundamental objections to this, because organic farming is based on the strengthening of natural processes.

The benefits of organic food

With organic farming the techniques used in the production process respect the environment and aim to maintain the quality of the food. In this way, the product reduces the possibility of negatively impacting the health of the consumer and on the impact to nature.

The concentrations of a number of antioxidants such as polyphenols, phenolic acids, flavones, flavonols including quercetin, salvestrols, and anthocyanins were found to be significantly higher in organically grown plant foods. In epidemiological studies that have been done previously, these compounds are associated with a lower risk of chronic diseases, such as stroke, neurodegenerative diseases and certain forms of cancer.

In conventionally grown foods, the residues of pesticides were found to be four times higher with considerably higher concentrations of the toxic metal cadmium. There were also significant differences in vitamins and minerals.

Artificial fertilization gives a plant the minerals needed for rapid growth (nitrogen, phosphorus and potassium), but due to a lack of the entire spectrum of minerals, the quality and hence the nutritional value of the crop ultimately deteriorate. This study shows that the choice for organic food can lead to an increased intake of antioxidants and a reduced exposure to heavy metals.

Two other recent studies also show that there are also benefits of using organic dairy products and organic meat instead of the non-organic variant because of a more favorable fatty acid composition and a larger amount of healthy omega-3 fatty acids. Organic milk contains 50% more omega-3 fatty acids than regular milk and a better ratio of omega-3 to omega-6. The relationship between omega-3 and 6 is important for the health of heart and blood vessels.

Why organic farming is better for the environment

Organic farming is sustainable. No chemical pesticides are used and the soil and the rest of nature are taken into account. Not only the yield is looked at, but it is carefully treated with nature, so generations after us can also eat healthy.

Organic farming also reduces the greenhouse effect by reducing CO2 emissions. There is a lower livestock density, the ammonia content is also lower. This is very often contradicted, because the animals at organic farms often live outside on a large piece of land. The stool therefore often remains longer. This is in contrast to the intensive poultry and pig farms where the stool is often removed immediately or falls into gutters so that the ammonia does not end up in the environment. Organic farming does ensure less air pollution and better water quality. This has to do with the use of organic manure and the fact that there isn’t any use of chemical pesticides.

Regional agriculture brings the city and countryside closer together: the consumer gets a view on how food is grown. The sale of regional products is done, for example, via a farmers market or a CSA. Sometimes people have to go to the farm to buy the products.
Benefits of regional agriculture are that animal welfare and landscape value are generally better guaranteed. It can also reduce energy consumption. The latter depends, among other things, on the way of transport and whether the farmer has used a heated greenhouse.
The consumer knows where his food comes from, he ‘rediscovers’ agriculture and gains insight into the process of food production.

If you are looking for organic food products, National CSA Directory
is a great place to find local farms which produce organic products.